Show me your Fufu!!!

"Dear Bernard,
Following the selection day on 6 February, I am delighted to let you know that the team of assessors have recommended you to take part in the Warwick in Africa teaching project in 2009. "

Came home from St Lucia, spent one night in my own bed, and then headed back to the airport the next day... destination Italy.  Italy was yet another opportunity to take advantage of our foreign friends, as this time it was Elisa, a great girl I shared a house with when i was at university.  She came over to study for 6 month and when she left we promised to go see her.  Me, Chris, Johnny and Tom all from uni went over for a weeks holiday in the dry Italian sun. 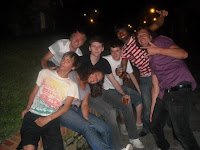 Her parents own a lovely little summer apartment by the coast of north Italy, in a city called San Lorenzo, where her and her family go regularly on holiday.  This year they had 4 english visitors, 2 of which were exhausted from St Lucia.  Elisa really sorted us out with places to go, scenery to see and most importantly things to eat.  Her friends were more then accomodating (above with Elisa in the middle) and eager to treat us to the local tipples.  Nigroni was the name of the first italian drink that was bought for me and... well... it was possibly one of the worst tastes that I have ever had in my mouth!  A pitch black drink with a slice of orange in it looks deceivingly nice, but the extreme bitterness hits you on the first sip and i still had a full glass to get through. 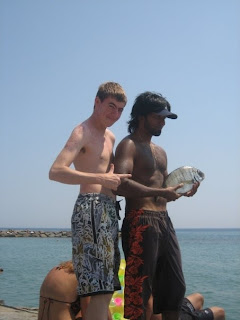 We spent a lot of days on the rocks on the beach, basking in the sun and hanging out with Elisa's friends.  Every now and then we'd hire out a paddle boat with a diving board on it and go out to sea.  On some of our outings on the pedalos we came across some big ass bright Orange and Blue Jellyfish (had no intention in jumping in at this moment in time) and a big (not really that big) fish that was dead but looked fresh as anything (right).  We pretended we caught it out at sea with our bare hands as the Italians on the rocks stared in bemusement whilst we explained our eloborate method of fishing. 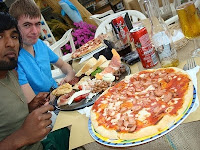 Elisa drove us to most places such as a great big waterpark, an uber expencive night club (25 euros to get in!?) and an italian food festival (below)! Our last night there was the night in the posh club on the beach.  Drinks came with a selection of fruits, sweets and sparklers and I believe I may have over did it just slightly and really was not cut out for the travel plans the next morning.  Throughout my stay I indulged in pasta, bruschetta, olives, various seafoods and cuts of meat and the good old Italian ice cream.  Most Italian food was covered, and as far as I am aware, a lot of their drink too.  :o)

Posted by Berny at 22:19 No comments: Links to this post 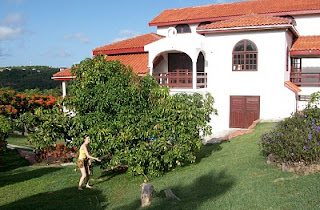 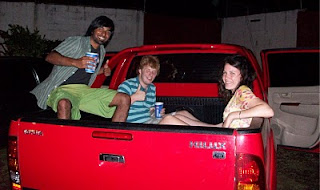 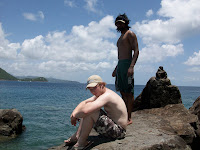 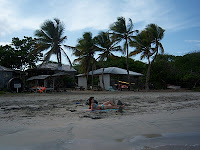 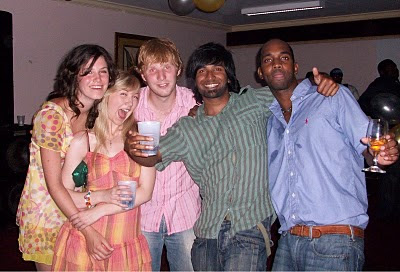 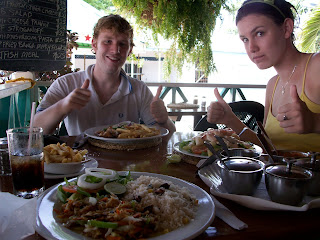 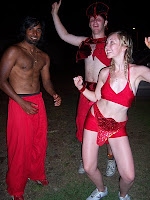 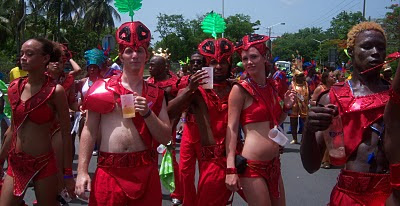 "Dear Bernard,
We are delighted to let you know that you are invited to take part in the Student Selection Day on Saturday, 6 February which starts promptly at 10:15 and should finish at 3pm. The day will include a number of group exercises and include more information on the project from the Warwick in Africa team.  A sandwich lunch will be included and vending machines in the atrium are available to buy additional snacks and drinks..."

well thats pretty kool, just a 5 hour selection process to get through now!!  :o)
Posted by Berny at 18:15 No comments: Links to this post