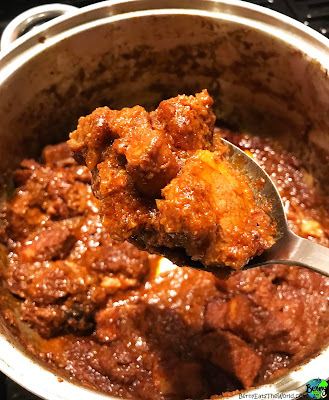 Like most curries in a British Indian Restaurant, the Vindaloo has lost pretty much all resemblance to it's original, traditional form and has become the generic "extra hot" dish with it's 3 chilly symbols.  It is correct that a Vindaloo is jam packed with chillies, but somewhere lost in translation was the fact that the chillies specifically used in a Vindaloo are the much milder kashmiri chilly that packs little heat but a ton of flavour and colour.  The overriding taste of a good Vindaloo should most definitely be chilly but that does not equate to overbearing heat.  After chilly, the second most important flavour must be vinegar; this brings the spices together providing a fragrant that instantly takes me back to Goa.  When I say that this dish tastes better the next day, I really mean that this dish should only ever be eaten the day after it has been prepared.  Allowing time for that vinegar to slightly pickle the meat is key to this Vindaloo and you will see for yourself that the difference in flavour is staggering!  If you don't like pork or fatty meat; move on, this dish is not for you.  There is no real substitute for what the belly fat brings to the dish.  If you really want you could substitute half the pork belly for pork shoulder.  I have used chicken thigh before and it is still tasty, just not a spot on how good the pork version is.  I have Goan roots and still have family living in Goa which makes me very proud to share with you my Goan Vindaloo. 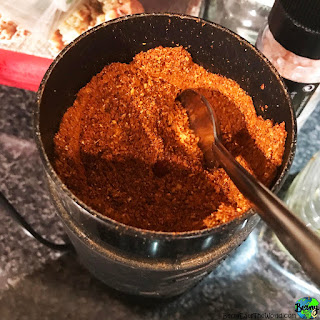 Toast the chillies, cumin seeds, peppercorns and cloves in a dry pan until fragrant and then grind into a coarse powder either using a spice grinder or a pestle and mortar.

Blend the garlic and ginger into a paste.

Combine half the vinegar with half the ginger/garlic paste and half the freshly ground spices. 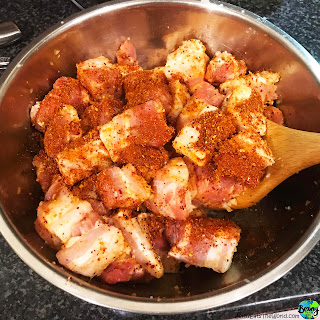 Marinade the pork with this mix (overnight is best but a couple of hours will do).

Dice 2 onions and blend the other 1.

In a hot pan add enough oil to cover the base and put in the cinnamon stick and the black cardamom.  Fry until fragrant.

Add the diced onion and fry until soft.  Then add the remaining freshly ground spices.  Add more oil if the spices have made the pan dry - a fair amount of oil is needed to properly fry all ingredients. 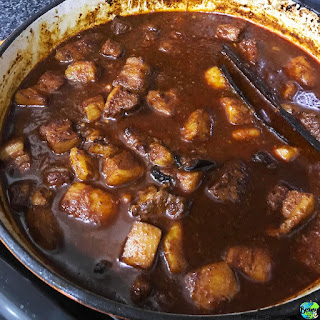 Add remaining ginger/garlic paste and blended onion.  Fry thoroughly until oil bubbles through holes in the sauce.  Stir often to stop it from burning.

In a separate pan brown the marinaded pork and then transfer into main curry pan.

Simmer for 1 hour allowing the curry to thicken.  The picture on the left was taken as soon as the meat was added.  A slow simmer with the lid off brought it to the consistency shown in the picture at the top of this post.  I prefer using my cast iron pot and putting it in the oven.

Once the curry has cooled down put it in the fridge ready to enjoy the next day.  Trust me, it is worth the wait!