Has anybody seen my Bush Baby?
Sunday, 24 July 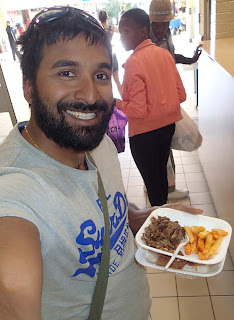 The general air of Botswana is immensely different than Zimbabwe.  The boarder was truly pleasant with two larger than life bouncy ladies proudly dressed in their flag colours, making us smile all the way into Botswana.  Instantly you feel like you are in a country where the locals deeply love their identity as Botswana people.  What a difference 50 meters makes!  Before starting our drive to our first camp we did a small shop for essentials and this is where I managed to tick of the National Dish of Botswana: Seswaa.  It is a long cooked beef dish that is dry and has a consistency and taste of corned beef.  I like corned beef and so of the National Dishes of this trip so far this is an easy favourite. 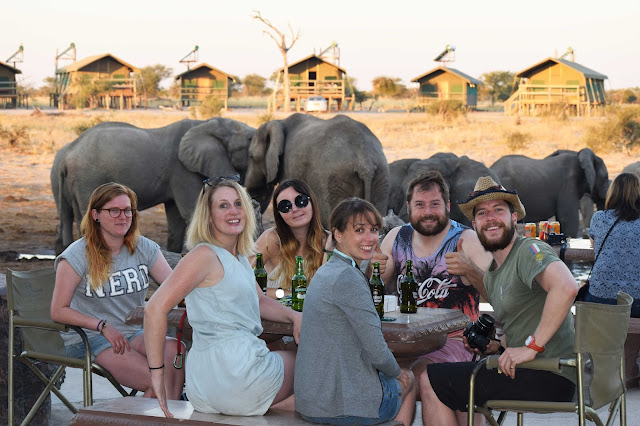 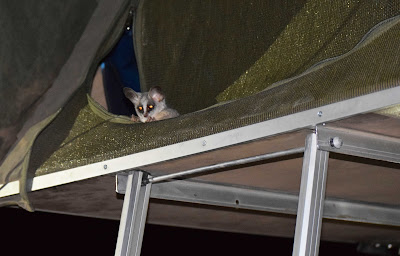 We drove to Elephant Sands encouraged by a video that went viral of an elephant drinking out of the swimming pool whilst people were sat in it.  Clearly the video was old as now there was no way the elephant could get to the swimming pool.  Spiky rocks and knee high walls are all it takes to create a barrier between you and a herd of elephants!  It did mean that we could sit at the bar and play cards whilst elephants bathed in the water hole right next to us.  Had this been at the beginning of our trip we would have been blown away but the fact that we spent the previous night by the best waterhole ever in Zimbabwe with elephants, lions, hippos and crocodiles made Elephant Sands seem just mediocre.  Mediocre until we were settling down for the night and a Bush Baby came and sat with us!  A fearless bush baby that climbed into a small zip opening of one of our tents and tried to snuggle itself into Sophie's fleece whilst she screamed her head off.  It was massively entertaining and eventually I got the bush baby to sit on my shoulder and get it out of the tent.  It did attempt to crawl into my hoody but eventually jumped(they don't walk, they bounce like tigger!) around chasing moths on our cars for the rest of the night.  Bush babies are my new favourite animal. 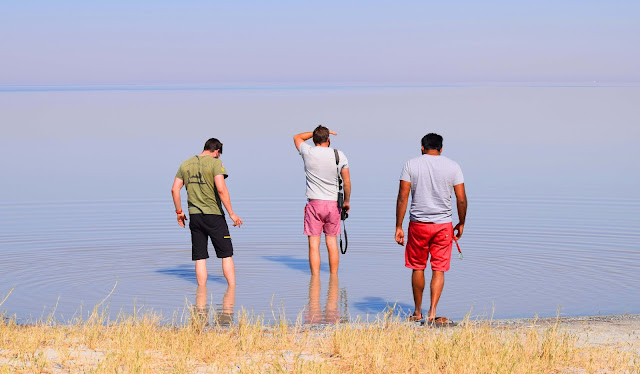 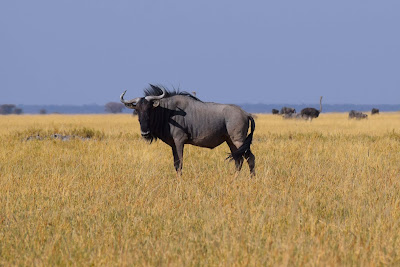 We're at a point now where we have to start thinking about finishing up our left over food.  With no Safari drive we managed our first mini lie in followed by a proper breakfast of eggs and beans on toast.  We've seen no Rhino this entire trip due to the horrible poaching over the past years; all the parks that we have been to have said how they used to have plenty of Rhino but now they have zero.  We knew this would be the case and so had always planned our final safari to be at Khama Rhino Sanctuary.  On the way to Khama Rhino Sanctuary are the salt pans that gave us some incredible scenery and added two new species to our list!  We saw magnificent herds of Wildebeest and the odd few Ostrich.  We're just at the end of the wet season and so Pelican and Flamingo were bobbing around what was left of the lake.  The lake was so still it just looked like a mirror reflecting the blue sky where the horizon line between the two was blurred. 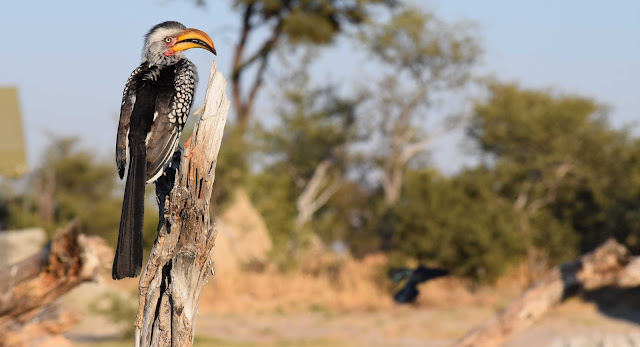 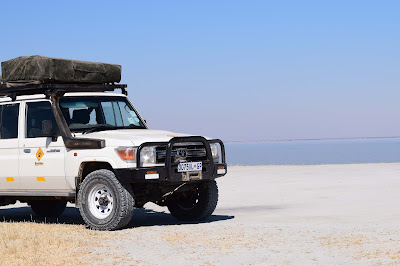 Our final meal was a giant vegetable curry in which all left over tins were thrown in.  We bought some gem squashes that roasted nicely directly in the coals as did some corn on the cob wrapped in foil.  It was sad to say goodbye to cooking on an open fire.  And then in the morning it was sad to say goodbye to safariing!  Our last drive this time looking for Rhino ended in disappointment.  Even at a Rhino sanctuary we saw no Rhino!  And so the time came to start our drive all the way to Johannesburg where the hardest of all goodbyes was waiting - our beautiful, hard working and never faltering jeeps.  Well, maybe once faltering... on our way to Johannesburg.  Smoke started coming out of our bonnet and it didn't take us too long to realise that we were missing a fan belt.  Luckily this was Botswana and every second person that drove by asked us if we needed help!  One of which phoned his mechanic friend who came and fixed it on the side of the road and refused to take any money.  I dread to think how different the story may have been if this happened in Zimbabwe!  2 days in Botswana clearly is not enough time and I will definitely find myself on these soils again soon; we didn't even touch Chobe National Park or the Okavango Delta!  For now upwards and onwards to our final leg of the trip - South Africa!