15 signs that you have mastered life in Beijing


1) Chinese people no longer sound like they are always arguing with each other.  That's just how they talk!
It took Chinese lessons for me to realise how much easier it is to speak Chinese when it's a few decibels louder.  Taxi drivers are not shouting at me, they're just asking where I want to go.

2) You no longer whisper in Ikea in fear of waking people up.
If you are yet to venture to Ikea in Beijing you probably wouldn't know that the show beds and sofas are filled with people sleeping.  It's utterly bizarre the first time and you feel the need to tread carefully and talk quietly. 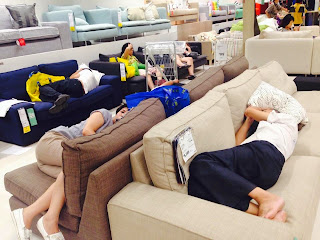 3) You like drinking hot water.
It starts with drinking extremely mild green tea.  Most water dispensers have a built in instant boiling water tap making it an easy option.  In fact you have to pay extra for a dispenser with a cooling tap!

4) You pull faces for the 'secret' photos being taken of you by random locals.
I'm not as popular as my blond friends or tall white girls but I still catch the odd local trying to discretely snap a photo of me.  The novelty wears off pretty quickly at which point you like to make it extra clear that you know they are taking a photo - or just dress up in wedding dresses and give them a real reason to take a photo. 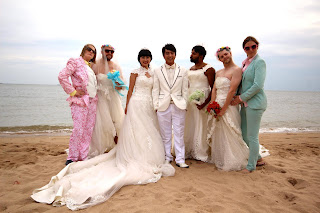 5) The stinky tofu at HouHai actually smells quite... no it still stinks.
That horrible smell you get every now and then when enjoying a pleasant walk around HouHai is something people eat! I believe in trying everything twice before judging it; the smellier the better I've heard.  I disagree.  It even challenges the theory that "Anything deep fried tastes good!". 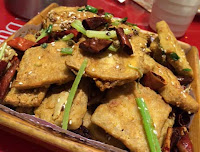 6) You have no issues in shouting "Waiter!!" in a quiet restaurant.
Or more specifically "Fu Wu Yuan!!".  It felt awkward and rude in my first year.  Now I have to restrain myself when back in England.  I don't care if it's rude, it's damn efficient!

7) You no longer double take at the child's butt cheeks poking out of their split pants.
You will still however double take at a child being dangled over a public bin whilst he/she pinches one off.  Split pants as a concept go from "what the hell is that child wearing!?" to "that's kind of cute and probably really useful" over two years.  Until you realise that your baby vomiting over your shoulder is not the only concern for Chinese parents. 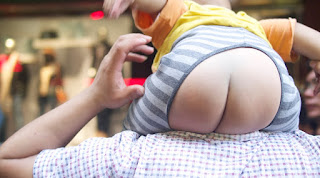 8) You've forgotten how to use a washing machine.
And iron, wash dishes, mop, fold clothes and take the trash out (I should add you also say trash instead of rubbish to this list!).  Having a cleaner in England is an absolute luxury and all they do is clean.  Here it costs close to nothing and they do whatever you want!  I have never met my Ayi but I know that she really is my one true love.

9) You have no issues eating this bowl of noodles with chopsticks whilst wearing a white shirt.
A little part of me dies inside when the waiter looks at me and gives me a fork and knife instead of chopsticks.  I have no problems in putting my lips to the bowl and slurping up delicious, chopstick shovelled, knife shaved noodles.  It's the only way to do it!  You also don't care about slurping. 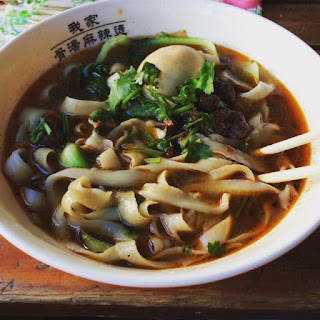 10) You no longer look when you cross the road.
Because the roads in Beijing are safer? Hell no! Maybe it is because you feel like you risk your life on a daily bases when cycling your bike, that now crossing the road with your eyes closed no longer feels risky.  It's how everyone else crosses the road and you've learnt that only when you have made eye contact with the driver they will not stop for you.

11) Sichuan pepper no longer tastes like soap.
I don't think there is ever a pleasant first experience of Sichuan pepper.  I don't know anything that tastes like it.  Maybe some kind of mixture made from washing up liquid and Bonjela would be close, but still not an exact comparison.  2 years on, it still tastes like that but for some reason I like it! Especially in green beans! 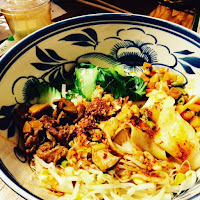 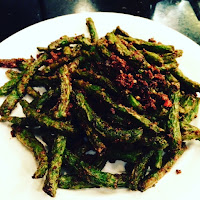 12) You no longer need a pollution monitor.
You've seen 0 to 800 many times and can now guess the AQI with a fair degree of accuracy just by looking outside.  A few more years and you can do it by smell.  I judge it by which row of buildings I can see out of my window.  If I can see the mountains, any time spent inside is wasted time! 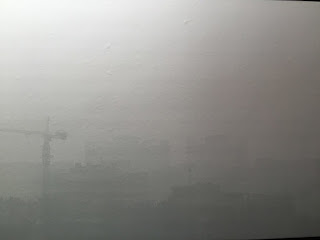 13) You flick your 100rmb bank notes when you take them out of the ATM.
It's no longer infuriating getting the odd fake note from the ATM.  Just more of a nuisance.  I've rolled over and accepted the fact that there is absolutely nothing I can do about it.  You try your best poker face getting rid of them in day to day spending but feel the overwhelming guilt when it is the cute old lady in the local market that falls for it.

14) You can hold your breath for well over a minute.
Either this or you have learnt how to hold in the desperate need to pee when out in public.  There's no law in China that says restaurants and bars must have a toilet and so your only option is to go and use a public one.  Hold your breath or throw up.

15) You roll your shirt over your belly on a hot day.
OK so after two years I don't actually do this yet.  But seeing everyone else with the t-shirts rolled up to the nipples, does make me wonder how much cooler (in both meanings of the word!) I'd be if I gave in to it and did the same. 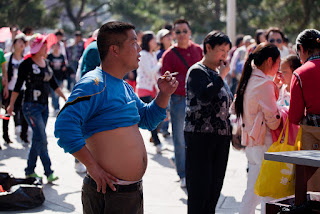